Getting Your Money Back

Getting Your Money Back

ASK FOR A PARTIAL REFUND

The following site & group aims to help people go through the process of getting some of your money back:
http://ScientologyPayBack.org

Did you ever try to get your money back from the "church" of Scientology? Or didn't you even start trying because you think you'll never manage?

If that's the case you're definitely not the only one. Probably we can be at your service.

Who we are, you wonder? We are a group of ex-"churchies" with, meanwhile, quite a lot of experience with the "refund"-policies of Scientology.

In short we operate this way. The 'org' in question gets a registered letter with the (financial) demands including the moment the payment is expected. When no reaction is received a second registered letter will follow which contains the message that collecting the money will be handed over to an international collecting agency, and, that they are kept accountable for all extra costs. When the 'org' still doesn't react or pay, all necessary juridical steps will be taken.

Also, check out their FAQ for more details:
http://www.xs4all.nl/~jeta/spb/english.html

OR SUE FOR FULL REPARATIONS & ABUSE
The other alternative is to sue Scientology. Larry Wollersheim did successfully & has actually received $9.2 million dollars. You can see his video message to you here
https://www.youtube.com/watch?v=3b8wq-ru6p0

He also asked this message to be reposted for other Scientologists to see:

To all victims of cults particularly Scientology,

I strongly recommend you or any cult survivor you know read the following court decision in full. It is the Wollersheim vs. Scientology Appellate decision that was affirmed all the way to the US Supreme court. It is now US legal precedent that can be used by all cult victims particularly Scientology.

This decision was so bad for Scientology and Scientology does so poorly in front of juries of normal people that Scientology has not allowed another one of these cult victim cases to go to trial since my decision came out in the early 90's. They now always settle former member cases before any trial starts!

Unfortunately, these out of court settlements give the victims 10 % of what they would have received from a jury because Scientology tries to make the victims think that the Wollersheim case was a victory for them by some insane logic.

If you know of someone who has been hurt by a cult have him read court this precedent and get this information to a good attorney. The legal pathway has been broken wide open for others to use at great personal and team cost.

Never forget Scientology loses horribly in front of juries. Go to trial and get everything that you deserve and this will encourage others to do the same. In the end Scientology paid me a total of just over 9.2 million dollars.

Only if you too use the courts to get all that you deserve for any cult abuses that you have suffered will there be any chance that Scientology will ever change their abusive and outrageous behaviors and others will be safe in the future. Only when we all take ALL of the profit out of Scientology's wrongdoing will it end! 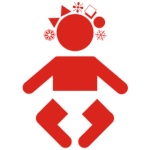