Highlights:
We closed down a stress table in front of the org.
Only three anons at first, but we went down to the meetup spot check for more people at the original time of 2. Scilons thought we were leaving and then two more anons showed up right after we left. We caught up with Draco at the meetup point and ended up with a whole bunch of anons in front of the org, much to the scilons dismay.
We had a gigantic banner with you found the card on it.
We had a pirate anon girl pin up printout that we taped to a tree. We later had to use the back for a honk sign, but we got plenty of honks with out it.
TONS of support from the public. Group of three random guys went by the org and waved inside and made faces at them. Scifags displeased.
Friendly cop on segway let us remain masked in front of Starbucks.
Lots of heckling of the scilons by people on the street. We put in quite a bit as well. Scilons did not look happy about the size of the protest. Lots of scowling from them.
Draco's made it to one last protest, good in the navy dude! I think you'll find it pretty awesome even if it's hard work!

Lowlights:
Massive event downtown made traffic bad and some sidewalk closures made for a big detour to get back to parking. Cheap parking was hard to find.
Different cop stopped us and made us demask after we left the protest area.
The heat.
You just lost the you know what.

Over all very successful. The public loves us and can't stand the scilons. This becomes more evident with every protest.
I have the big epic banner for next time. If I can't make it, maybe I can meet up with Cudgel or Scary and transfer it to them, or just bring it to the next protest I can make.

You forgot about the Ice Cream truck honking for us

Yeah, it was great, even with the heat. I'm really glad I finally decided to attend one. Looking forward to more in the future.

Indeed GG for those who showed today. I was slightly depressed by the smaller crowd for my last raid but the response we got was more than worth the heat. The massive win of ice cream truck and the pedestrians made this a fave of mine for a long time. THe huge sign definitely caught a whole shit ton of attention though i am glad we got to use it once. Thank you all for the good times and enturbulation. I will miss this guys i am happy to have served next to so many intelligent people with such a passion.
_________________
4chan is like your retarded nephew.
When he was little you thought his antics were funny
But now he's 28
And it's just sad. 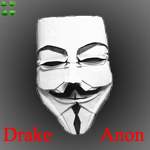 SO MUCH WIN!!! Thanks for the excellent raid report..I was there in spirit...I am so sorry I couldn't make it but after the night I had last night....ohhlala Scary is very Scary mess. XOXO to Sonny...who had better keep in touch or ELSE!!! Hope Fin was able to make it...and a huge welcome to the newfags...we do have fun..I was looking forward to my tunuk dance...and am very bummed I couldn't do it.

Looking forward to pics...and should we raid the scilons tomorrow....? stress table? ARGH what do i mean by WE...cause..I can't go it yet..GRRR

Sounds like a wonderful day of enturbulation, hopefully we'll be able to make the next one.

Scary, we looked for FIN but never found her.

Another thing I wanted to note. While in the past the scilons have kinda treated this as a bit like a game or a form of entertainment, this time they seemed like the whole thing is finally wearing thin on them. Maybe I'm reading them wrong, but they seemed a lot more irritated and scowly today than they have in the past.

Another thing I almost forgot... talked to a guy on the street who was behind what we were doing and was already informed about the scientology being a bad thing. He was a baptist and I let him know about how the Florence Baptist Church building was being bought out by the scilons. He didn't like that at all. I suppose to him it is evil treading on what he sees as holy ground. He wasn't a member of that particular congregation, but it was fellow baptists who were turning a building over the scientologists. So now word is spreading about within the baptist community that the scilons are bad news. I made sure to explain it wasn't their beliefs but their exploitation of members that we were protesting. Was good to see that folks in real religions understand this and are not buying the scilon "anti religious haters" spiel at all.

One of Cincinnati's homeless came up before the protest while I was waiting in front of Starbucks and he already knew about anonymous and that we were against the scilons. He thanked me for doing this, said we are doing the country a service. They said they will take help from any church except for them. They don't like the scilons at all. Homeless people have to survive on the streets and they get a very good sense of who is ok to approach or associate with and who is not. They know the scilons are up to no good, and that we are fighting the good fight. Hopefully both of these will give those of you still in the fight some morale boost. The public knows what we are doing and they approve of it 100%. The scilons are making no gains in public perception. Quite the opposite.

WOW thanks for the good reports..again I am very sorry I could not make it. It's only my second miss since we started I was crushed (literally and figuratively.) that I just could not do it. Kudos to all who made it and for the newfags I was supposed to drive, I promise next month it will happen.

Ah, well, next month for sure.

On a related note, I've spoken with a few of the cincy homeless on those occasions where I was early for the protest (or more commonly, in the early days when I was wandering around downtown completly lost), and none of them have anything nice to say about the Scifags. The biggest bitch they had was when the scis were pulling their fake "help wanted" scam; one guy said that it was hard enough to get a job without a permanent address without being played. 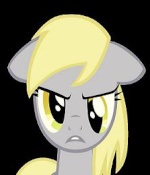 Sounds like things went over quite well this month! I was seriously planning on making it, but a lot of my free time has been spent at the doctor's. It's nothing horribly serious, but it's kept me from being as active as I normally am. Perhaps I need more auditing!

The girlfriend and I are going on vacation at the end of next month, so if the next date is around that time, I won't be able to make June's protest. Speaking of which, does anyone have a preference for a date?

The middle of June would be my preference, but any weekend date would be fine.

Did Draco manage to not eat all the baked goods? Mrs. C is looking for feedback, especially on the brownie recipe (it was new).

I don't really have a preference... the Friendship flea market runs either in early or mid june, but I'm only going up this year for a day or two (instead of the entire nine days I usually do) to scout instead of sell; it shouldn't be a major conflict of interest. Mid-June is fine with me...

Cudgel wrote:Did Draco manage to not eat all the baked goods? Mrs. C is looking for feedback, especially on the brownie recipe (it was new).

As for June, mid-month would be best for me. I have to be in Michigan for a wedding at the end of the month (one of those damned family responsibility things)...

I would never do anything so un-gentleman like. The cookies and brownies were indeed delicious in my humble opinion.
_________________
4chan is like your retarded nephew.
When he was little you thought his antics were funny
But now he's 28
And it's just sad.

Mid June is fine with me...start a thread? Let's get going on it???

I be simple man. Who lost what?

I be simple man. Who lost what?

Ok, so I'm assuming that June 20 is fine with you guys? I'll wait until this afternoon for a few more replies and then I'll make a new thread so things can get rolling.

20th no good for me, workin, but don't let that stop you guys.

I'll have to double check but I think I am going to be in Germany on the 20th.

What about the week before the 20th?

I can do that.

Captain_Goodnight wrote:I can do that.

I may be being optimistic but I think I can do that one too. Things are much harder than I thought.

oi! i hope the next one is just as awesome, didn't get to go to this last one! awesome job though!